About Priests For Scotland 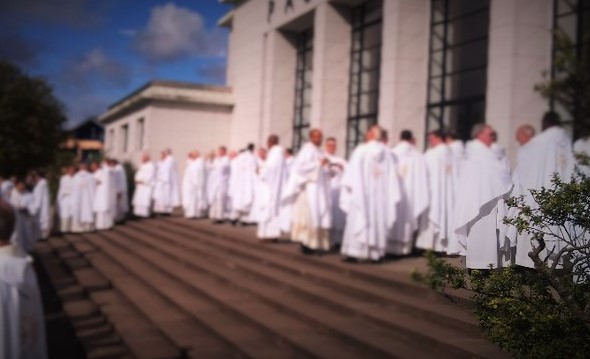 Being a priest serving the Catholic community in Scotland today is fast changing.  There are fewer engaged in active ministry than in the past and the Catholic population is changing – it is diminishing in size, the average age is increasing, it is becoming ever-more diverse, and, with the influence of our increasingly-secular world, regular church practice is declining.

And yet the tasks a priest will engage in – and the expectations of him from both within and outside the Church community – seem to increase as the years go by.

In all that, however, one essential truth remains: it is a privilege and a joy to give one’s life in service of Christ and his People.  Whatever the daily demands and pressures, the expectations and worries a priest might experience, it remains an immense privilege to bring the healing power of Christ to the lives of the sick, the sinner, the lost; there is a powerful drive to build up the Kingdom of God in our communities, among our families, and in the hearts of individuals; it is a deep and unspeakable joy – and a responsibility before which every priest quakes – to feel that one is acting in the name of Jesus Christ, preaching his word, celebrating his life, and sharing his love and his sacrifice with the people of our time.

No one is a priest for himself alone: priesthood is always about giving out of love, in the name of Christ, for the good of others.

Scotland needs a conversation about priesthood. We need to be openly supportive of our priests and encouraging of those who may consider becoming priests. This is the conviction behind much of the work currently being undertaken by Priests for Scotland. Priests for Scotland is an initiative of the Bishops’ Conference of Scotland which has as its goal the promotion of the culture of priestly service in Scotland.

Over the last years that work has focused on preparing materials for the promotion of vocations to the priesthood in Scotland. In recent years the profile of likely candidates for seminary has changed significantly and is much more varied than before. While twenty years ago the likely candidate for seminary was just finishing secondary school, today it is much more difficult to describe the “likely candidate”. Some still come from secondary school having heard the Lord’s call in their family, school or parish. Others enquire because they are searching for a more fulfilling way to spend their lives. They have been to university, they have finished apprenticeships, they have worked in a variety of different occupations and none of these have left them with the satisfaction that they thought they would have found. Both groups want to make a difference with their lives and they feel that God may be calling them to consider service as a diocesan priest. Many of those who come forward speak of a seed that was planted sometimes as early as primary school. Almost all of those who come forward have found their way thanks to someone inviting them to consider serving as a priest, even if that message was delivered ten, twenty or more years ago.

This is a challenge for priests and for the wider community to consider anew the way that priesthood is presented and encouraged. For too long we have been quick with statistics that apparently prove that there is a crisis in vocations to the priesthood. But no one ever became a priest because they were convinced by statistics. These statistics are themselves questionable in the degree to which they present an apparent problem since they do not take into account the sharp fall in the population itself.

Priests for Scotland is also concerned with supporting priests already engaged in ministry in Scotland offering these priests resources and opportunities to continue the process of formation. To minister today as a priest in Scotland is to minister at a challenging time and in a rapidly changing world.

With great sorrow we announce the death after a long illness of Mgr Peter Smith, former chancellor of the Archdiocese and PP of St Paul’s Whiteinch. Funeral arrangements in due course. Requiescat in pace pic.twitter.com/0yh9xS6nkA

Please pray for Mgr Peter Smith R.I.P. PP at St Paul’s Whiteinch and former chancellor of the Archdiocese of Glasgow may he rest in peace @ArchdiocGlasgow @priestsforscot @StPaulsGlasgow @stpaulwhiteinch pic.twitter.com/qxPi8OaxXI

This week in all R.E. classes we’ve been reflecting upon how St. Joseph is the perfect role model for us when discerning God’s call. May we always be open to God’s plan for our lives! @priestsforscot @vocationpaisley @CECScotland @DoPEducation1 pic.twitter.com/6LGwgITSHL

Praying for Fr Terry's eternal repose, and for the community of @CarfinSpiritans. twitter.com/rcmotherwell/s…

All are invited to attend the annual Vocations Mass. It should be a special occasion this year as we come together again as a Diocesan Community in sizeable numbers to pray for those preparing for ministry as priests & deacons & for those considering their vocation. pic.twitter.com/v65kP1wA97

With thanksgiving for his life and service, we pray for the happy and eternal repose of Cardinal Winning who died on 17th June 2001 (Solemnity of Corpus Christi that year). R.I.P. "Well done, good and faithful servant. Come, enter the joy of your Master." twitter.com/ArchdiocGlasgo…

The Bishops of Scotland have issued advice to guide parishes and clergy as they prepare for the gradual re-opening of our churches in line with the Scottish Government's phased approach to ending the "lockdown" occasioned by the coronavirus pandemic. This page has some essential information and documents. Visit the Bishops' Conference website for more details (ww.bcos.org.uk) 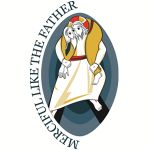 Visit the official page of the Extraordinary Jubilee Year of Mercy, which ran from December 2015 until November 2016.

Musical settings of missal texts must receive an imprimatur from the Bishops' Conference in whose territory they first seek to publish. Click above for a Guide for Composers for those who seek to publish such settings for liturgical use in Scotland.

The Church seeks the “full, conscious and active participation” by all the faithful in the liturgy, a fundamental aim for all those involved in public worship.